Diary of a Jaded Black Girl

April Reign has done it again. The creator of the #OscarsSoWhite hashtag that captured national attention, began the #WOCAffirmation hashtag and within a couple of hours it was trending. 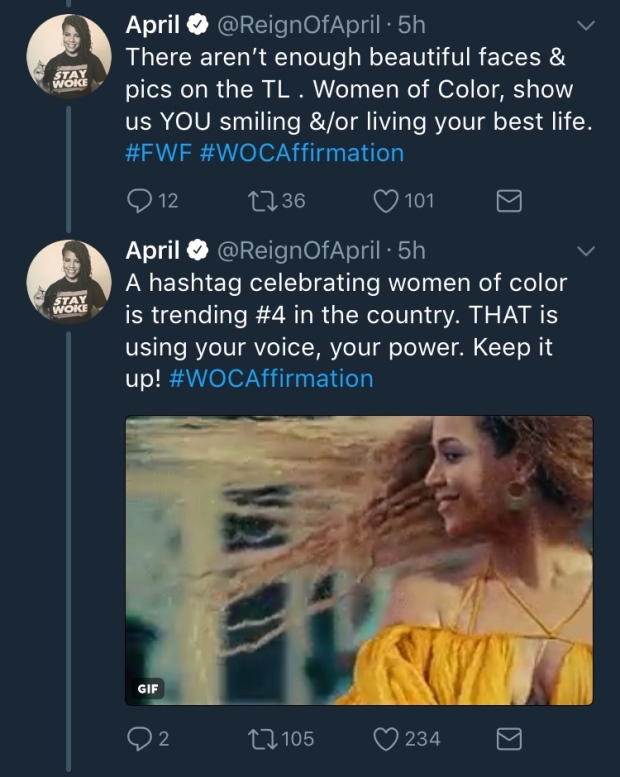 On a day where women were asked to go silent and boycott Twitter due to its suspension of Rose McGowen’s account, women of color chose to use their voices instead to lift up not only themselves but one another.

I recognize what the boycott twitter movement was trying to do, however it felt powerful to use the platform for something positive since its usually filled with so much hate and political sparring. I’ve found many black women writers and entrepreneurs through the hashtag that I was not familiar with before.

The feminism movement has been flawed in its subpar efforts regarding women of color. When it comes to issues we are often fighting…