Over two years ago I wrote an article about friends judging you when they judge your boyfriend and reading that article again now, I still agree with it as a whole. But now I’m writing the other side of that coin.

Your friends absolutely love you. They see you as a bright, caring, and supportive friend. They can recall all the times you helped them out in a tough situation and all the laughs you’ve shared together to survive school drama.

They’re protective of you because they know your dating history and they don’t want to see you hurt again. They’ve seen you get dragged down by fixer uppers and they know you’ll put up with more than you should because you fear being lonely. They also know you haven’t had that good guy to show you how good a relationship should be. They want you to find that good guy. They want this boyfriend of yours to be that guy. 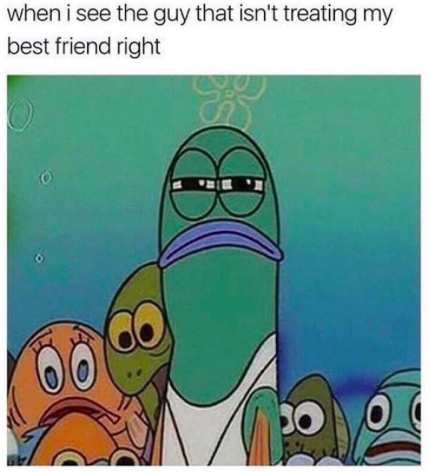 But your friends are also not caught up in all the mushy emotions that fog up your decision making. They won’t let a guy string you along just because he’s hot. This outside perspective is able to judge character well. Your friends know what’s best for you and want you to have it.

They want to support you and they want to have a good relationship with your boyfriend so that you’re never left picking sides. But they also want you to be happy and receiving the love you deserve. If those two aren’t lining up though, they’ll hopefully speak up so that you don’t get hurt. And hopefully, you’ll listen.